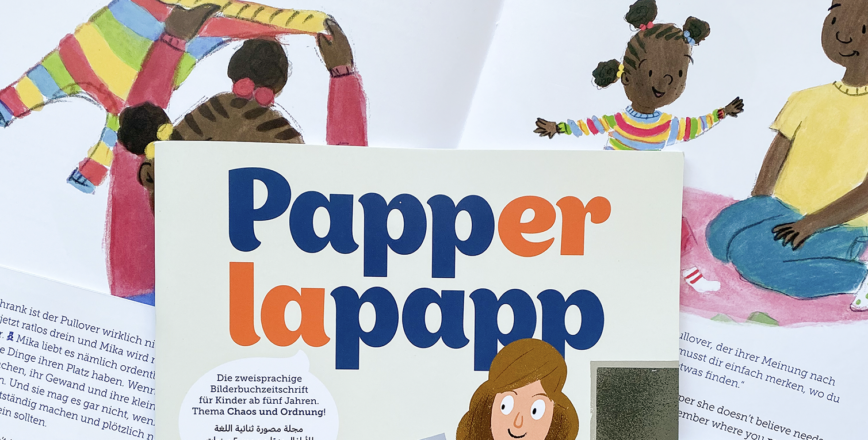 For those that don’t know, Papperlapapp is a bilingual children’s magazine. Each edition of the magazine features parallel bilingual text, which is printed in German and one other language prevalent within immigrant communities in Austria, Germany and Switzerland. The magazine currently exists in the following nine language combinations: German/Albanian, German/Arabic, German/Bosnian-Croatian-Serbian, German/Farsi, German/Polish, German/Romanian, German/Chechen, German/Turkish and German/English for children who speak German as their first language or whose native language is not very common in German-speaking countries.