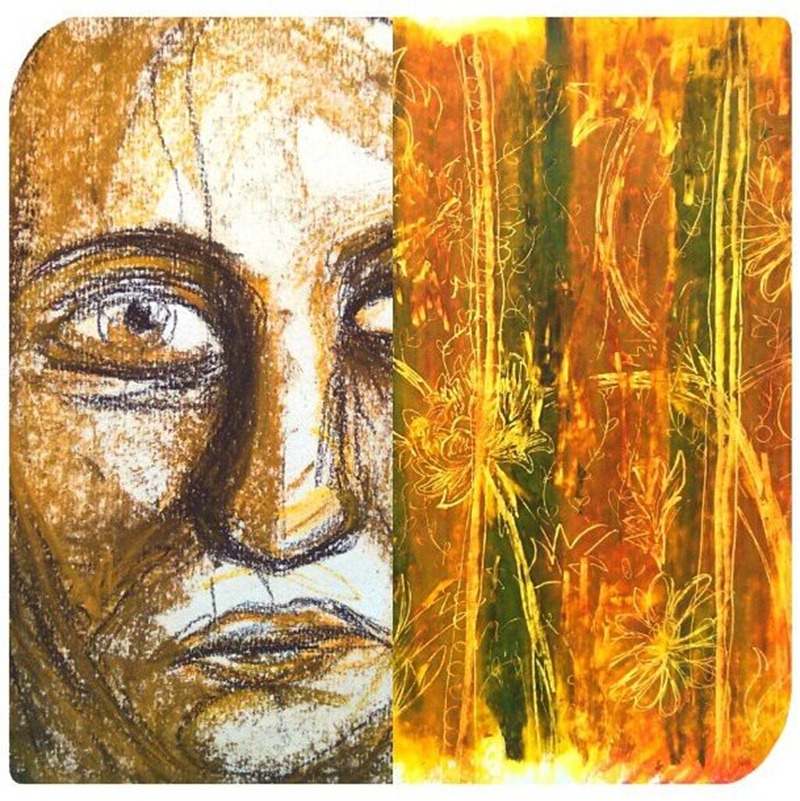 Initial ideas for The Yellow Wallpaper and Boston project progress

Today I went through the story a number of times, highlighting interesting words and phrases about the story and started to play around with some different materials to see what sort of colours I can create. The photo below is an example of this. It feels good to get stuck into creating imagery as I worry that (like this case again almost) I get too involved with research to early! The image to the left is using chalk pastels and the right I experimented with layering of oil pastels.

The image to the right with the oil pastel admittedly looks worse in the photo, but my thoughts behind this were to look at layering and I tried to create a ‘worn away’ effect. I like the effect it gave even though this was a really rough idea. I attempted this again to incorporate the woman behind the wallpaper through those dark tones you can see in the image and think this worked quite well! (I will upload a photo of this at a later date)

As for the image to the left I enjoyed playing around with the chalk but don’t think this image I created of a woman has much effect or impact- I need more work on this to make it less sketchy. Perhaps i should do another image more realistically and with a stronger contrast.

A few Points / things I found:

I am quite disappointed with my progress with the project on Boston! I know I have let myself down as I got halfway into town and decided to turn back with my camera, materials and sketchbook as it started to rain and I must confess I felt a little uncomfortable taking photos of buildings when people were giving me very funny looks! I will attempt this again and tell myself that I turned back because of the rain but I know if I was actually commissioned to do a project like this I couldn’t simply ‘chicken out’ because of the weather and people and turn back. I have definitely learnt from this now!

Here are a few images I did manage to get of some run down places,

This used to be a pub and now is used for flats I believe, it’s odd how you can still see the sign toward the distant right of the building, a mark of what used to be there. It has been a pub until the past couple of years.

This car garage has been deserted for ages, in fact for as long as I can remember! I like how you can see where the letters were where they have fell off and their stencil remains from the sun. This would be a good place to investigate decay and mould etc for my project on ‘The Yellow Wallpaper’ but as you can see the huge fence is a bit of an obstacle!

The only other progress I’ve made on this project is going through the local newspaper and finding even on the front page a reference to immigration.