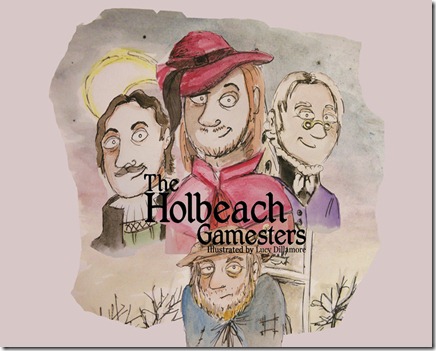 Here I will expand upon some of my ideas for what to do for BA6 and relate them to things such as, what I need more of in my portfolio, what I need to improve on, what I enjoy and what I’ve not had the chance to try etc.

This is a 19th century short story that I chose to do my coursework on in A Level English Literature. The story interested me for a variety of reasons: the different and unusual ways that the colour yellow is described, the storyline of the progression of the protagonists descent into madness and how this is reflected on and described quite vividly through the wallpaper that surrounds

her in the room she held in by her husband. In the end if I remember correctly the woman almost becomes the wallpaper- its a very weird and interesting story!

In BA4 (aspects of Narrative) I really enjoyed experimenting with colour and was told I had a ‘good eye’ for colour, so with this story being this could be a good opportunity to expand on this. I also experimented and really enjoyed using pattern in BA4 and also BA3 when I did a Pop up theatre using an oil pastel technique. With The Yellow Wallpaper I could create huge patterns and some really exciting visual things involving pattern. I could look into 19th century wallpapers art and textiles – this is probably my favourite idea for this project at the moment as the thought of doing it really makes me eager to start it!

Firstly, this is something I know that I don’t have enough of- if any – in my portfolio. A couple of weeks ago I saw a placement advertised with character development required and realised this. In a way I think choosing a narrative based project would allow me to develop characters easier as I could be more imaginative. However I could still do this in a more reportage based project. Imagination and

creating characters from scratch is something I’m also not very familiar with. In BA3 for the pop up theatre my characters (see photo), I felt, were quite last minute and I didn’t really develop them much although I think they did work in the end. I would like the opportunity to try all sorts of different ways of making imagery to make interesting characters.

In BA4, even though it was Aspects of Narrative, I chose to go down a route where I focused more on Object rather than character and didn’t really develop this. However right at the last minute I did create a character which I looked back on after hand in and wished I had a chance to develop this style more.

As seen in the photo I created the old blind lady from The Prophet’s Hair using an oil pastel technique similar to that of the Pop up theatre in BA3. I think the main thing I like about this is the colour and the fact I managed to get a little tone in the woman’s face. Also, the technique is quite different which I think makes it stand out from other media.

Like most undergrad illustrators I would too like to illustrate a children’s book, I think it’s most students dream to have one published! However because everyone wants to do it, I feel like if I was to try and pursue this after I graduate as my main area of illustration, there are already so many people wanting to do this so it might be a difficult area to get into! Despite this I suppose it is still worth a try.

For this I feel like I could use a lot of imagination, especially since I could create a story myself, however this could also prove to be difficult. I can imagine myself struggling to write a story rather than getting stuck in illustrating it. Saying this, I could just re illustrate an old fairy tale perhaps. I’m a bit unsure about this idea.

This is a bit of a vague idea but my first thought about reportage ideas is the world we are living in at the minute and some of the issues young people face. I was at a pub with a few friends from home, mostly students and we discussed how different our lives are at the minute as 20 year olds compared to those of our parents and what their lives were like when they were 20. We discussed how hard it is to find work. Maybe I could look at this, see how it’s affecting people etc

In my hometown of Boston there are many issues and debates on immigration which has affected the town in recent years and has since made national news for the highest number of immigrants in the UK if I remember correctly. Perhaps I could look at this, interview people, draw some of the evidence of how the town has changed and look into the history of the town. This again is quite a vague idea.

I feel like for another reportage project I should focus on an issue or something that is relatable and has some sort of impact when people look at the work. There was recently a protest in Boston which I didn’t attend but maybe this may have been an idea of something to illustrate. I’m still unsure about how I would go about this idea in an interesting way.

A combination of reportage and narrative? Is it Possible?

I asked myself, what are the key things I need to develop or would like to? These would be Character  Development, Media Development, Ideas Development and Imaginatio

n as well as First hand drawings and thought maybe there is a way I could combine these!

When I was in year 12 (about 5 years ago now!) I entered a competition to illustrate local fairy tales and won with this (see example of page in photo). I took this to my uni interviews as part of my portfolio, and 99% of people really liked it, it was the only illustrative example I had as I applied for mostly joint Graphics and Illustration courses. When I applied to change course last year I showed it again and people were less keen on it.

Anyway, maybe I could ‘re-do’ this. If I was to do a local fairytale I could use my imagination through character development and colour and media etc but also could keep a reportage element by going to the places mentioned in the story (for example a local pub and church) and drawing them as well as the people and other things in the area for reference. Obviously this isn’t reportage purely but I would be using a lot of first hand research for reference. I also wouldn’t be forced to do this particular tale.

So far these are the only more in depth ideas I have. If I think of anything else I will of course keep updated.