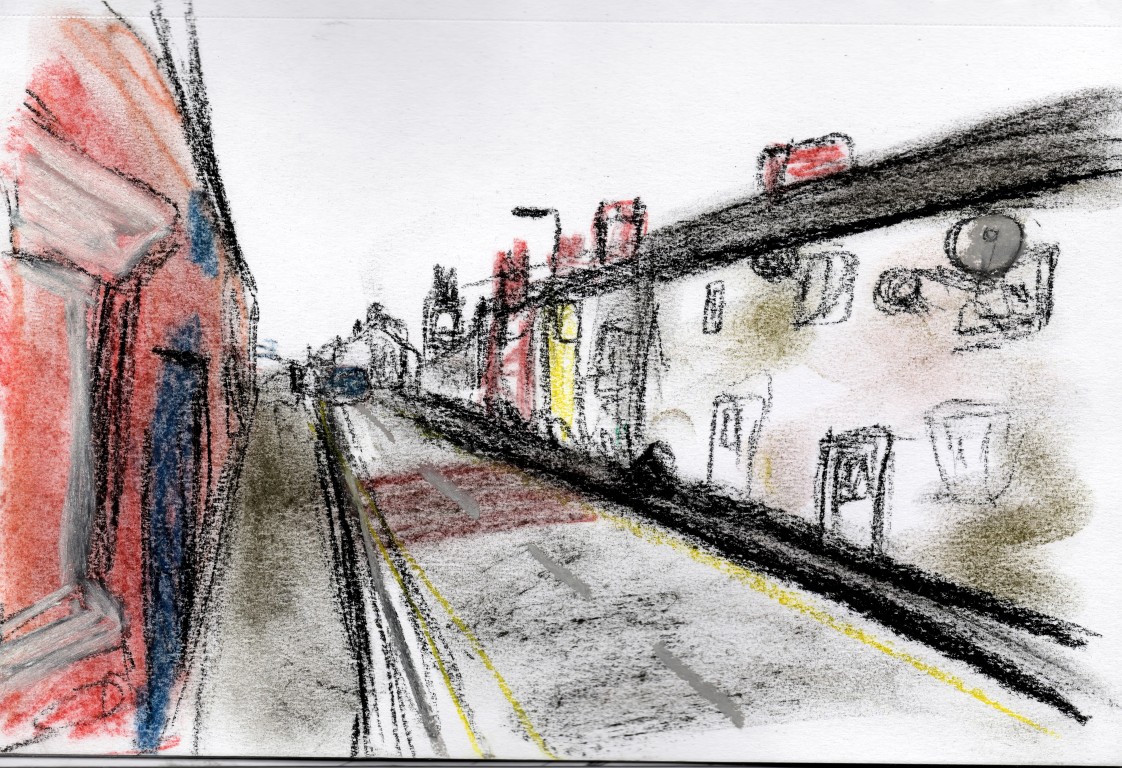 As mentioned before, I went into the town over Easter and here are some of the sketches I came up with. 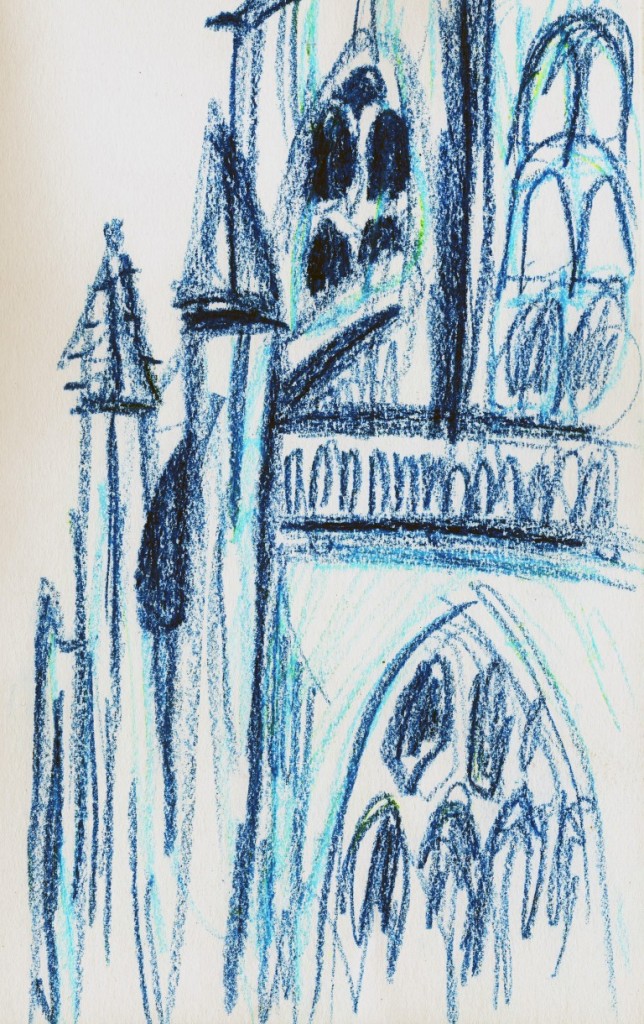 This is quite a generic and obvious thing to draw when looking at Boston as it is almost like a mascot or symbol of the town. I don’t think this serves much more purpose than a sketch, it doesn’t really say anything about the building and the colour and media (oil pastels) aren’t particularly interesting really. I suppose I was a bit stuck on what to draw. 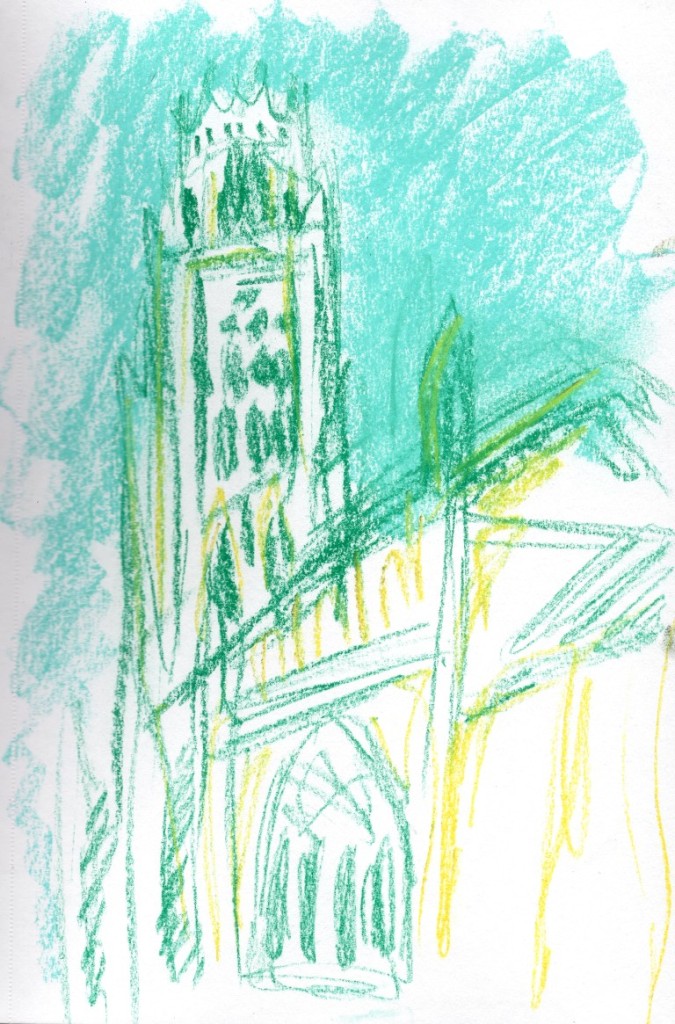 Again, this is another really quick sketch whilst sat in the centre of the town and receiving some attention from the townspeople. As before, this is only very rushed and doesn’t serve much of a purpose so I don’t feel that it’s a successful image. Some of the proportions are also wrong but I did like using soft pastels to create quick sketches. 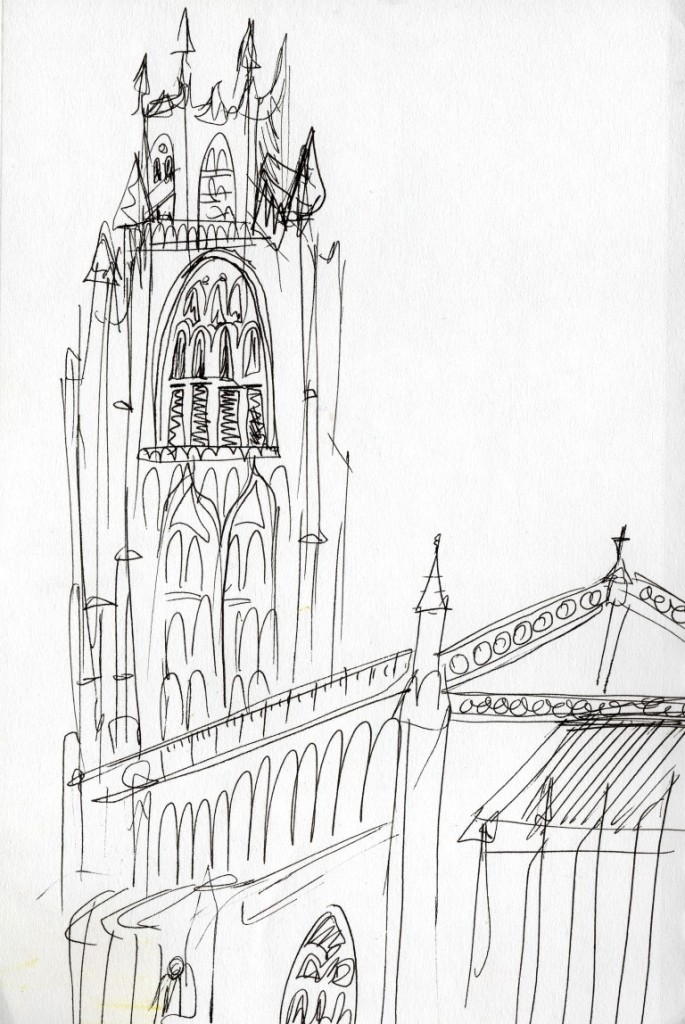 This is the final sketch but technically the first I did sat around the stump and looking at it here I can see it’s very out of proportion! Maybe if the two parts of the church were separate images (the tower and the main part) this would be a lot better. I enjoyed using the pen as a way to quickly sketch something also. 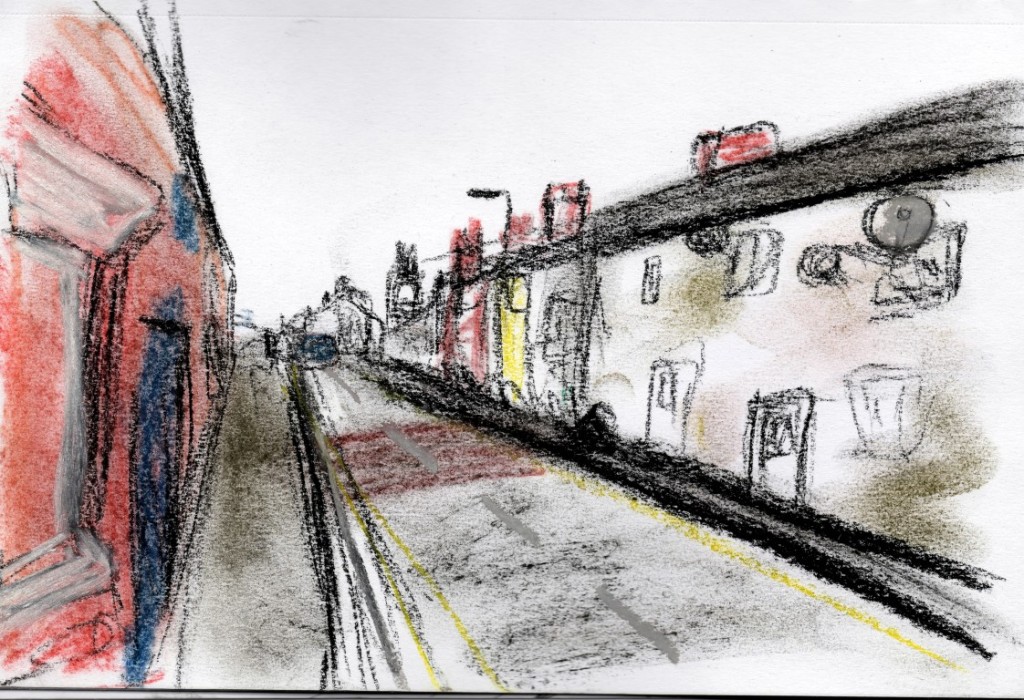 Out of all my sketches I feel like this is the best, only because the proportion is the most accurate! I think the colours are successful and not too garish also. I think it has the most atmosphere of the pieces. 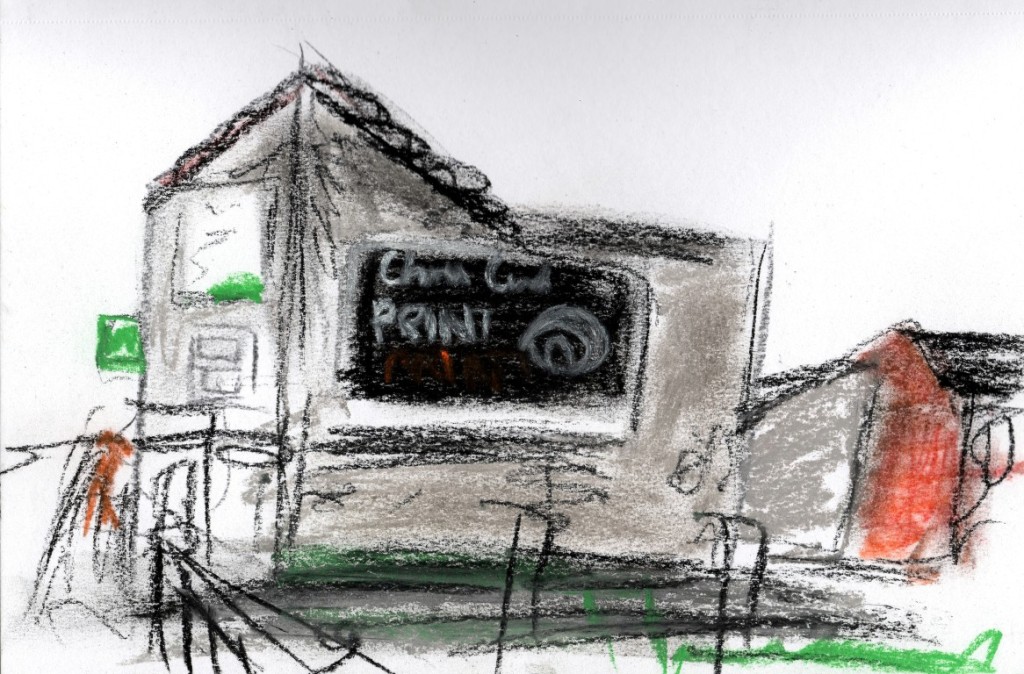 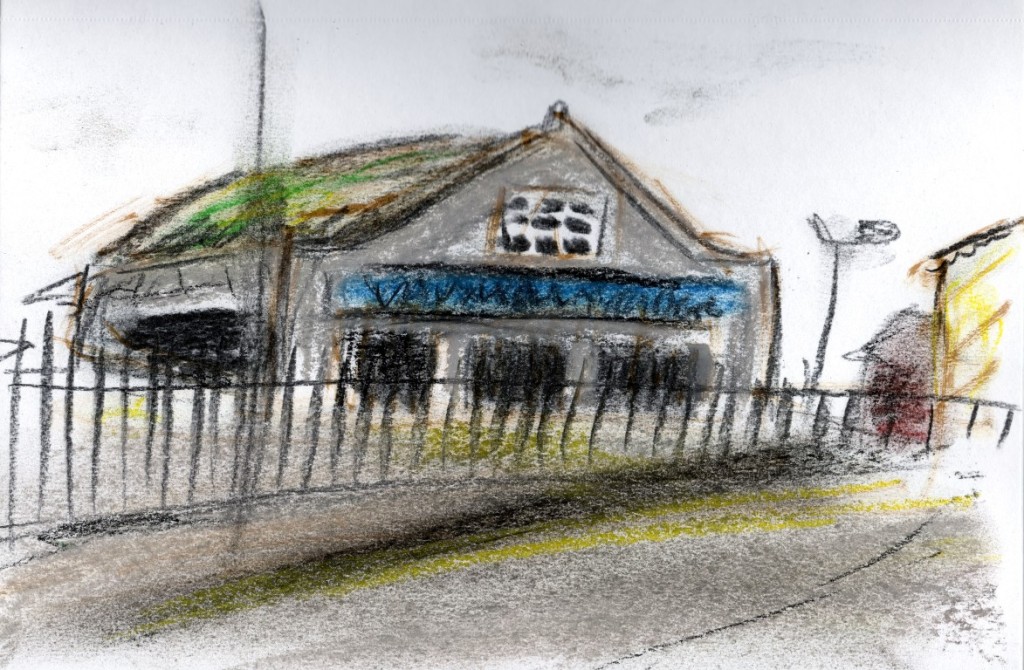 Finally, another couple of sketches from walking down main ridge.

Overall, I don’t think the Boston project was the one that interested me the most from the beginning and I naturally focused on ‘The Yellow Wallpaper’. I was worried that (especially after reflecting on these sketches) I would end up with a project where my illustrations only purpose were to inform what Boston looked like and not really say anything about the town. In the time I had I found it difficult and uncomfortable to create imagery although I did love researching the background of the town! As I’ve said before, hopefully I can pursue this project again one day, as even though I feel like ‘The Yellow Wallpaper’ is a better option for me at this point in time, I am still interested in pursuing this project as it does have some interesting factors.

← Previous Post Feedback, my project proposals and progress so far
Next Post → Initial ideas for The Yellow Wallpaper and Boston project progress