Today I managed to mount everything I have so far which allowed me to think about where my ideas were headed once again. I’ve mounted everything on white card but am considering re mounting a couple of bits onto different coloured paper as some images are rather white themselves and get lost in the paper. I will ask Glyn about this tomorrow in my final tutorial of the term!

It was mounting a ‘head’ silhouette when I had an idea. Could I use silhouettes or stencils to act as a focal point over images? I’ve created so many textures and imagery so far that maybe I just need to almost ‘put a frame around them’

One of the reasons why I think I was drawn to the simple head silhouette imagery is because it reminds me of psychological tests I’ve seen throughout my research file where shapes are placed into holes. The story also has some ‘puzzle – like’ features. I think it would be nice to include some shape as puzzle pieces almost. 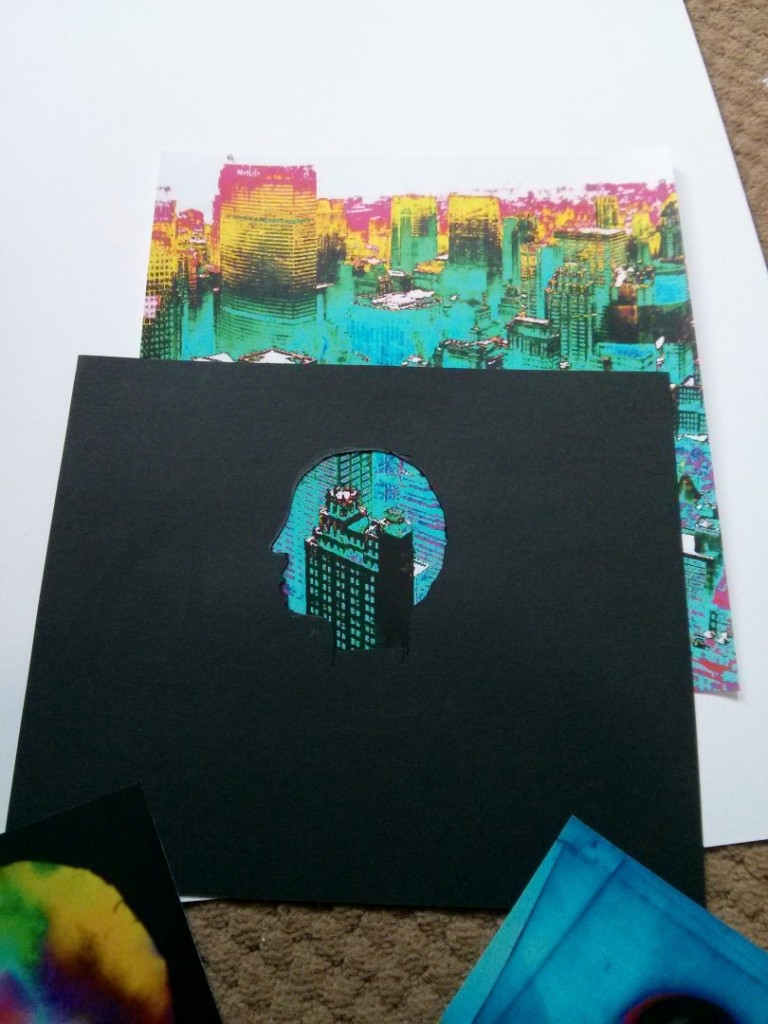 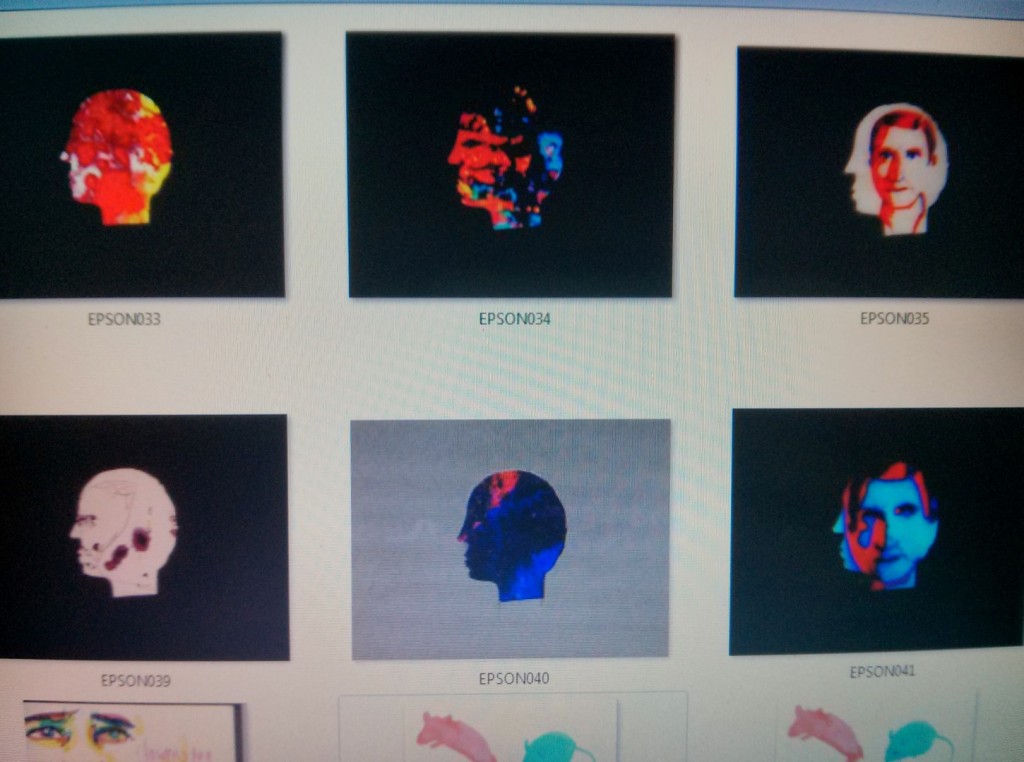 I think, going back to framing, I like this silhouette idea as Charlie is mentioned throughout the novel as ‘Looking at life through a window’,could silhouette focused imagery refer to this?

Before, I’d imagined a ‘middle image’ showing Charlie with loads of white space symbolising his freedom and peak of intelligence. However, after thinking about this as well as the Plato quote I mentioned yesterday, everything is more vibrant, sharp, clear and colourful but it becomes too much! His intelligence overpowers his emotions and he becomes ignorant, I’d love to depict something really bright but really oversaturated to resemble how it’s ‘too much’. My point is that the ‘middle image’ should be similar to all the others in that he really isn’t free, his intelligence has grown but also restricted him if this makes any sense at all…

If I was to push this head silhouette idea further I would have to represent this feel of ‘bursting with intelligence’ and information that he has become in comparison to the beginning.What I could and will do again is think about how Charlie looks through ‘different things’ in the story and whether these can act as silhouettes, for example keyholes tvs etc.

Thinking back to key themes again, am I bringing them through? At this point I’d say probably not which is very worrying. What I’ve explored today is more of how to depict Charlie’s state of mind and the contrast between intelligence and emotion.

I must focus on:

– The conflict between intellect and emotion

– The conflict between Past in the Present- this is probably not necessary as it’s rather similar to intellect and his past emotive self.

It seems funny how I began wanting to explore so many different things and now I have had to narrow down the story so much!