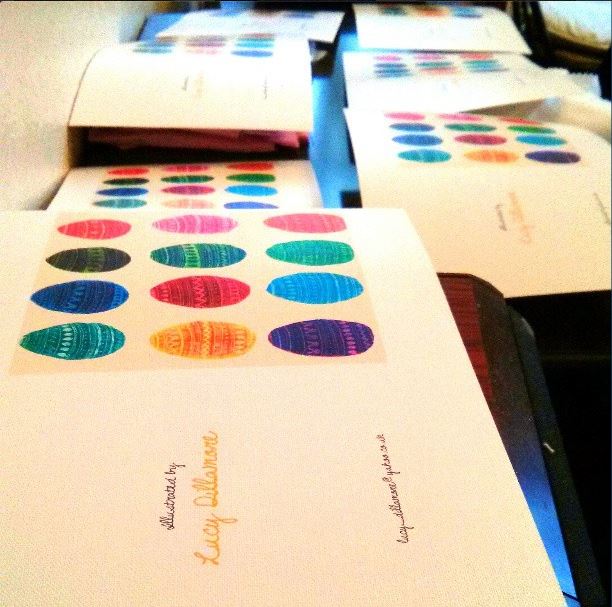 Over the Easter holidays I set myself the task of designing and illustrating my own Easter Cards! I kept them quite simple, using oil pastel to create different coloured patterned eggs.

I scanned in the illustrations and corrected a yellow egg using photoshop as the contrast wasn’t as great as the other eggs. The image above shows the eggs and background colour which I placed them on which I hoped would compliment the bright colours. 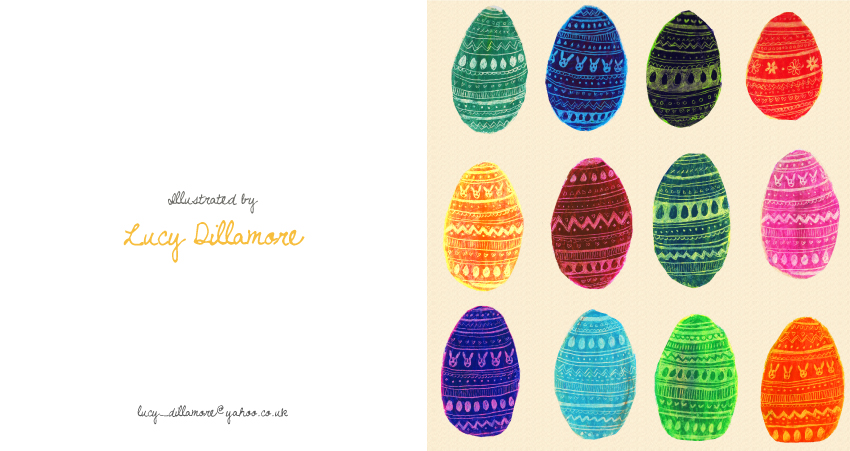 Above is the final card design as laid out on photoshop. I tried to keep the design of the back very simple and just include my name and email address. I chose to use yellow for my name as the colour seems consistent throughout my work and obviously is included in the egg illustrations.

Above is how the cards printed out and before they were cut down to size and folded. I had some issues with what card to use to print them on and ended up printing on them on a card which had a similar feel to canvas paper but felt glossy. I was worried about this initially but once the cards were printed was pleased with the result! 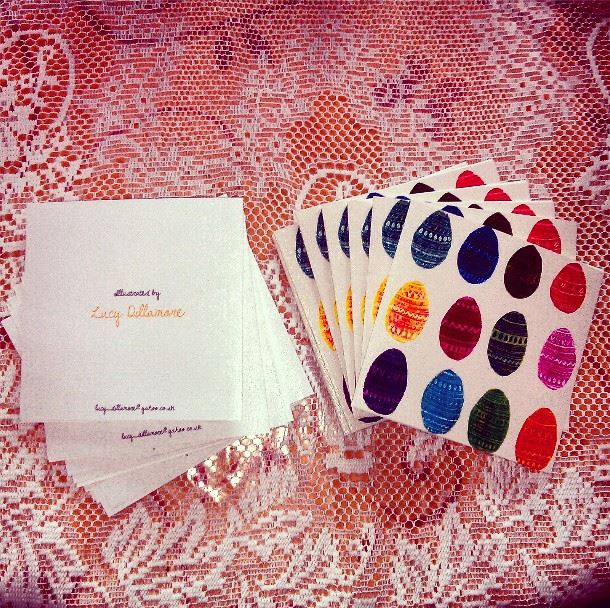 Finally, the image above is how the cards looked folded. If I could change anything about them it would have been the size of the eggs, maybe they could have done with more space around them rather than being almost cropped by the edge of the card. Overall however, I’m really pleased with how they turned out and people seemed to really like them! I think they are a bigger success than christmas cards which I did this year and enjoy this decorative style of illustration I’ve achieved with the use of the oil pastel technique.