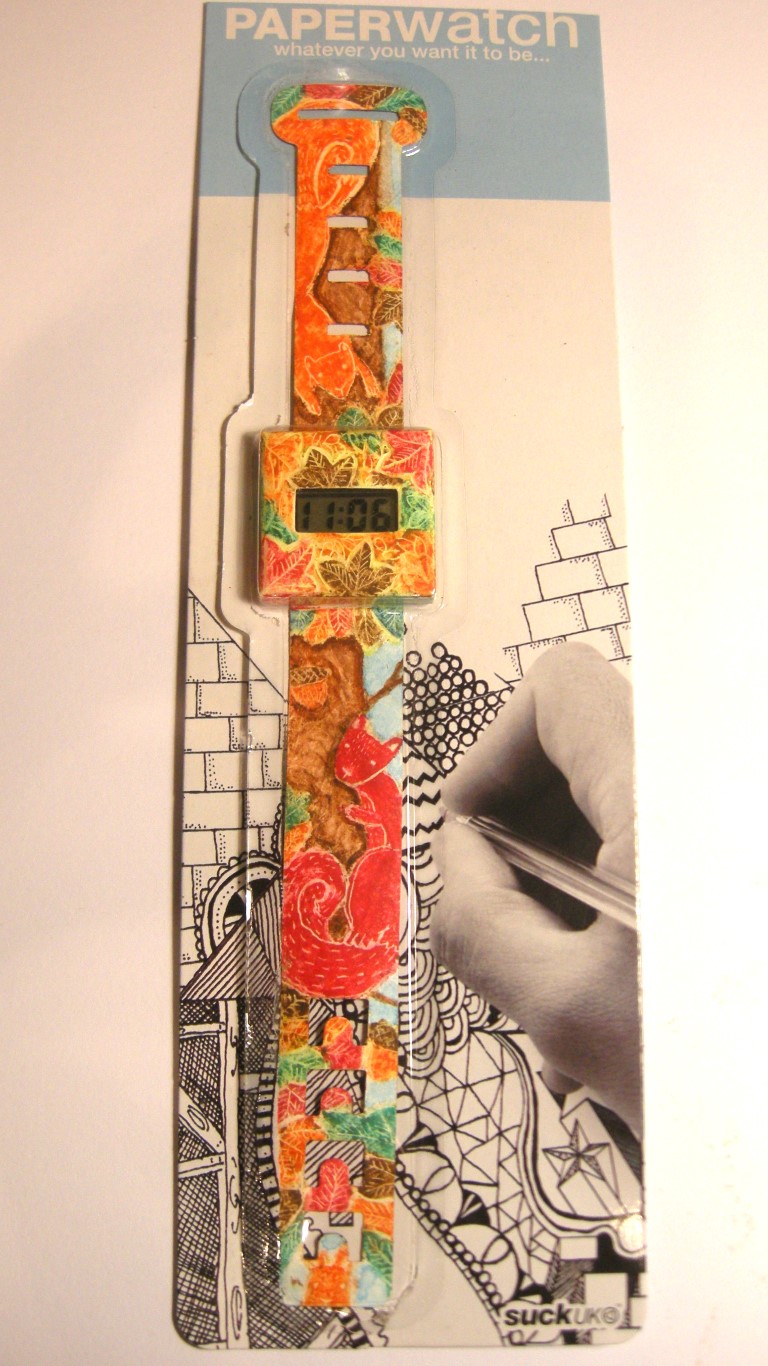 So this week I finished my paper watch for Templar Books’ ‘paper watch project’. I was debating on what sort of theme to go with for a while as I wanted to do something colorful and something in which I could use oil pastel – therefore I couldn’t do anything extremely detailed on such a small surface, or so I thought. 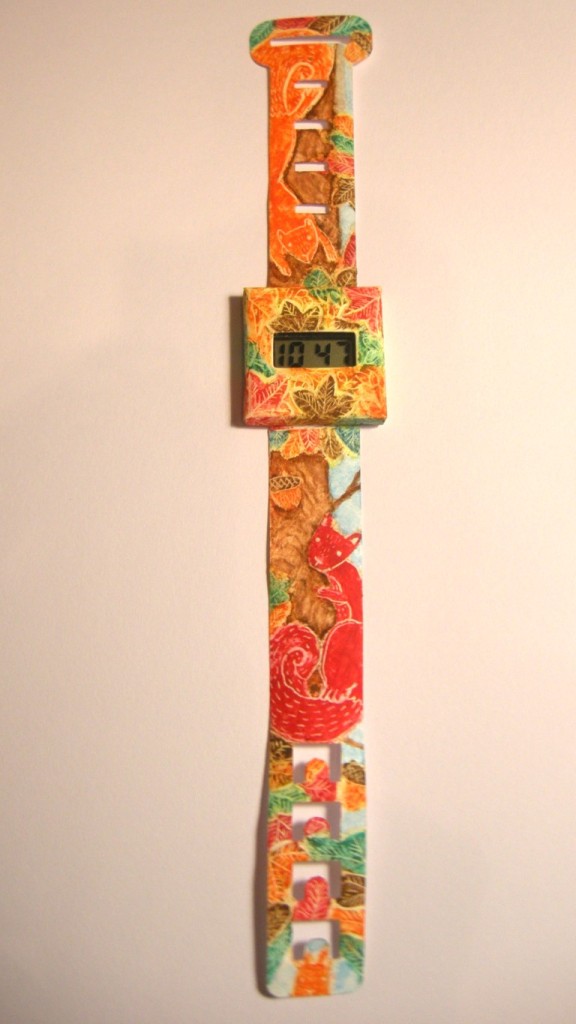 In the end I decided to go with an autumn theme, including a lot of leaves, part of a tree and squirrels, a favourite animal of mine and something I thought had the potential of being colourful. 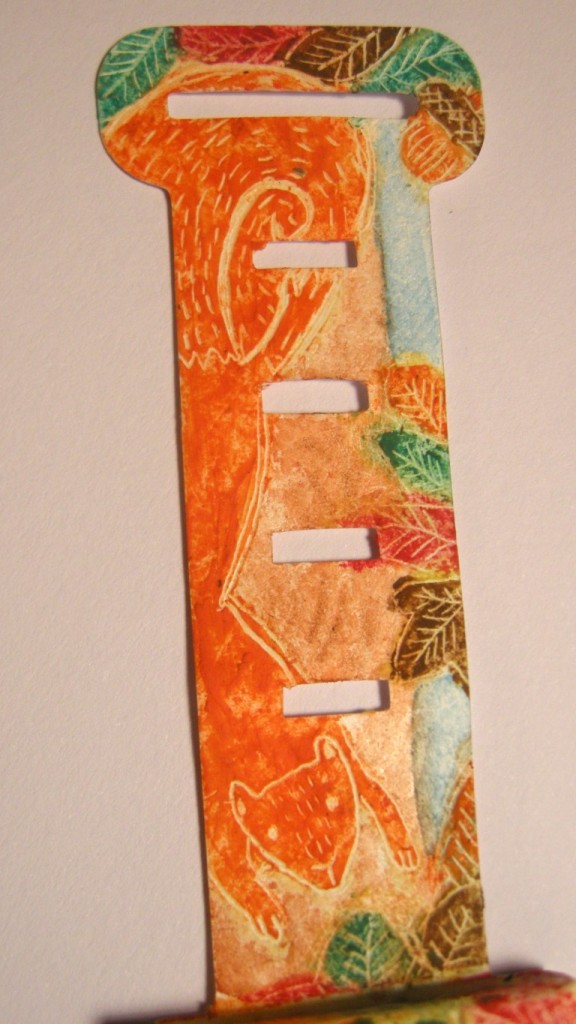 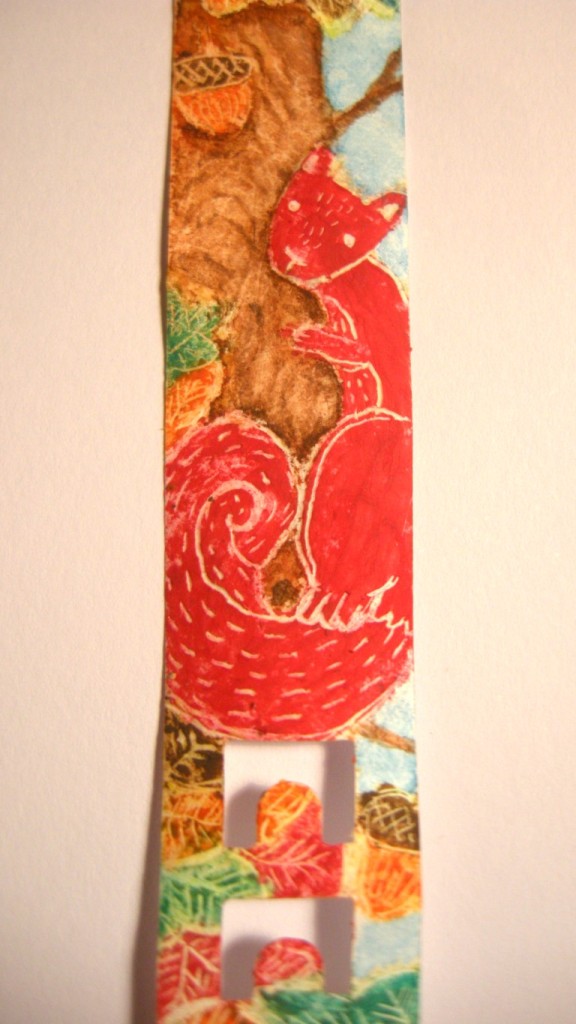 Overall I was happy with the design of the watch but I think the one thing I would change would be the size and amount of leaves, making them bigger and having less leaves. Where I had a lot of different coloured leaves close together the colours merged into each other a little. Considering I was using bulky awkward oil pastels I suppose this isn’t much of an issue, I could have had much worse problems! 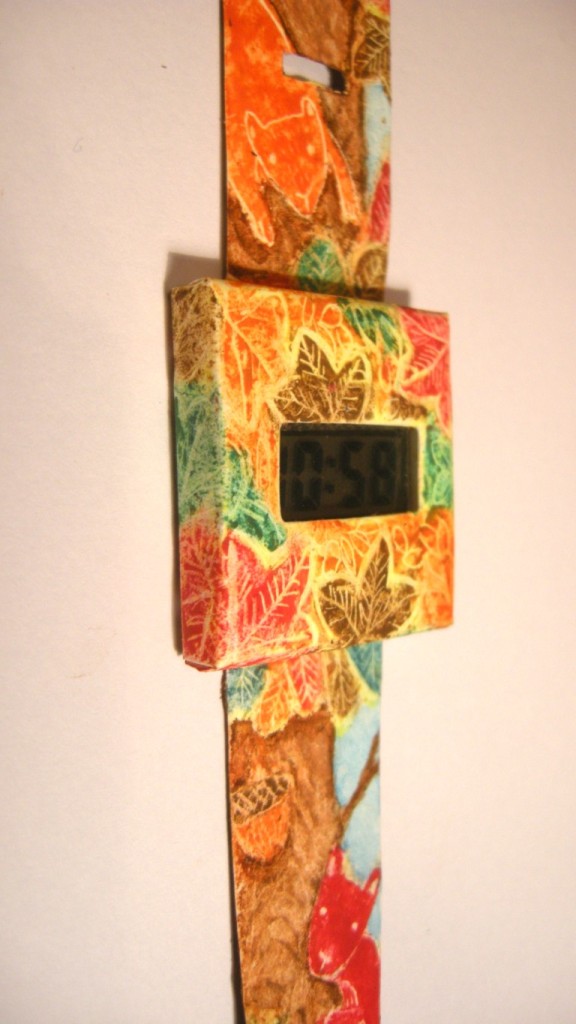 I debated a lot on the colour intensity of the bark and whether to make it a darker, more saturated brown or not. In the end I decided this was best as a darker more vibrant shade may contrast with and show off the colours of the squirrels more. I tried to keep the design fairly simple and overall probably used about 5 different colours in the whole watch so not to overcrowd it in such a small area. I originally visualised many squirrels all over the watch and realised that this wasn’t going to be possible, especially if I was going to use the oil pastels! 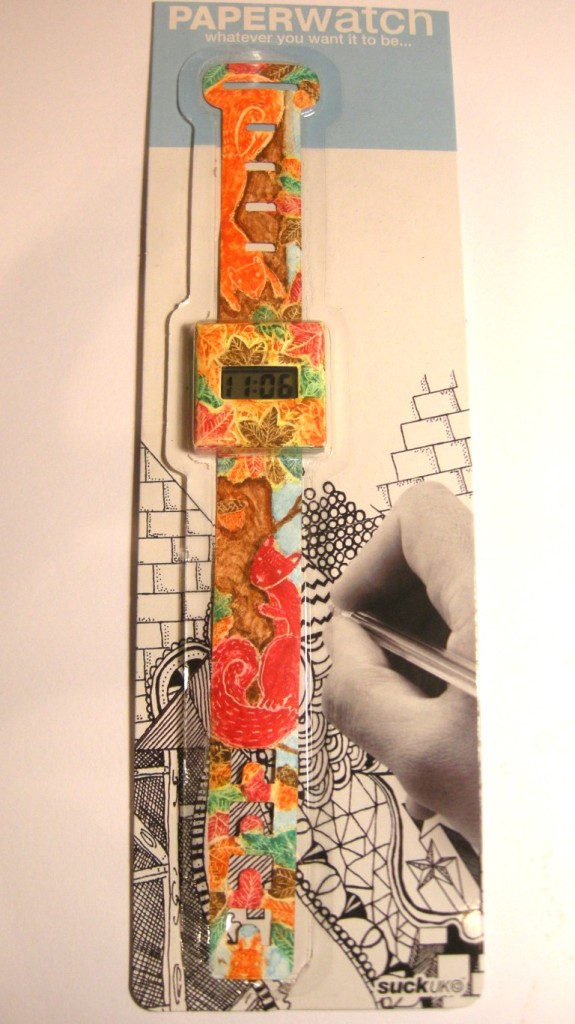 To conclude, I hope that the paper watch project does well as it is for a great cause, and I really enjoyed being a part of it! I would have never thought of the idea and it’s an exciting and interesting way to raise money.